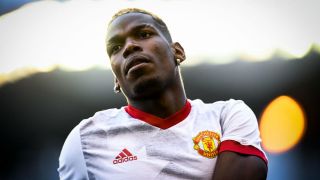 Jose Mourinho insists Paul Pogba will not be affected by a FIFA investigation into his world-record transfer to Manchester United.

The France international returned to Old Trafford from Juventus in August in an £89million deal.

Alleged details of the transfer were leaked earlier this week and documents purportedly relating to the France international's move showed that his agent Mino Raiola stood to benefit to the tune of £41m off the deal.

FIFA confirmed on Tuesday that details of the transfer will be probed, but United boss Mourinho told a pre-match news conference ahead of the Europa League semi-final second-leg with Celta Vigo that Pogba will not be distracted by off-field matters.

"The question is simple," he said. "It does not affect Paul."

The deal to sign Pogba broke the previous record set by Gareth Bale's £86million switch from Tottenham to Real Madrid.