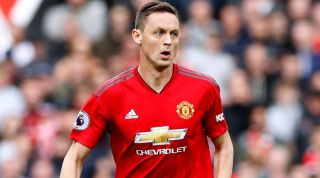 The Serbian midfielder wants to hold talks with Old Trafford boss Ole Gunnar Solskjaer to understand his future role at the club, according to ESPN FC sources.

The outlet believes that Inter are willing to offer £10 million plus Radja Nainggolan for the 30-year-old, who United are considering replacing with Newcastle United’s Sean Longstaff.

Matic is said to be eager to discuss the interest from Italy with Solskjaer ahead of United’s pre-season tour of Oceania and Asia, which begins when the squad fly to Australia on Sunday.

The Serbia international is expected to travel with the team, but doubts remain over whether he will be a part of the Norwegian’s squad next season.