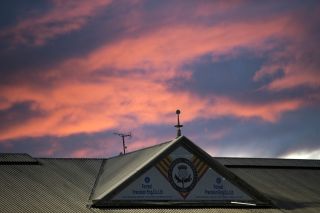 Partick Thistle ruled out immediate legal action despite the “sickening” confirmation of their uncertain fate in Scotland’s lower leagues.

Thistle’s second relegation in three years was ratified when the final attempt to reconstruct the Scottish Professional Football League failed.

The Jags do not know if they will even be able to play at all next season with no return date set for League One and a lack of clarity over whether their mainly part-time colleagues will be able to afford the Covid-19 tests which might be required amid a likely shortage of gate money and hospitality income.

Thistle, who were two points from safety with a game in hand in the Championship when the pandemic halted play, had appealed for “solidarity” from their fellow clubs on Saturday as they warned of the “long-term and serious” damage relegation would cause them.

But chairman Jacqui Low said after the informal vote went against them: “Partick Thistle is neither shocked nor surprised by today’s announcement. It has been clear for some time that we were to be sacrificed for the alleged greater good of the Scottish game, but it is still sickening now that it has been confirmed.

“Court action is our preferred route. However, the reality is that the cost to do so is prohibitive for us and it comes with no guarantee of success.

“To raise an action would cost the club a six-figure sum, indeed it would mean effectively using the incredible six-figure sum raised by our fans to support the club through this difficult period.

“That is the equivalent of monies to bring three or four new players to the club to get us back on track next season. That has to be our priority and what we believe a majority of our fans want too – building the strongest possible squad to win matches when football returns.

“Therefore, the Board will not pursue legal action at this time but reserves the right to do so should circumstances change.

“We are entitled to feel rage about this injustice, but we should channel that anger and use that money to deliver our own justice in the form of a club whose only stated intention is promotion next season.”

Thistle have now demanded the SPFL facilitates an autumn return to action.

Low added: “We cannot be stopped from playing and clubs in our league have indicated they are able to play. League One MUST start in a similar timescale to the Championship. The SPFL has no reason to further harm our club by delaying the announcement of our fixtures when announcing other leagues.

“As a member of the SPFL, we feel badly let down especially by its board and chairman.

“In allowing harm to be done to some members, as they have done, can the SPFL really still be regarded as a membership organisation that works in the best interests of all its members, one that genuinely acts on behalf of the membership as a whole?

“In all of its actions of recent months, the SPFL has shown it is not fit for purpose. That must be addressed, claiming to only do what members tell them is an assertion that has now worn thin.

“Finally, what has also been made clear today is that, despite this being the worst of times, a majority of Scottish football wasn’t prepared to stand by its own. There are a number of honourable exceptions, who know who they are – to all of you we say thank you, we will not forget.”