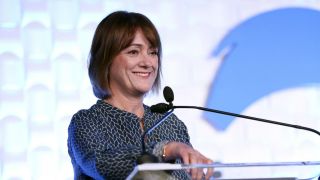 Susanna Dinnage has decided not to take up her prospective role as the Premier League's new chief executive.

England's leading football division will now search again to find a replacement for Richard Scudamore, who confirmed in June his intention to step down after 19 years at the helm.

"Despite her commitment to the Premier League in early November, Susanna Dinnage has now advised the Nominations Committee that she will not be taking up the position of chief executive," a Premier League statement read.

"The Committee has reconvened its search and is talking to candidates. There will be no further comment until an appointment is made."

Dinnage, known best for her role as global president of the Discovery network's Animal Planet channel, had been set to assume her new role early in the new year.

At the time, she said: "The Premier League means so much to so many people. It represents the pinnacle of professional sport and the opportunity to lead such a dynamic and inspirational organisation is a great privilege."

BBC and Sky Sports have both reported Dinnage will instead remain in her role at Discovery.