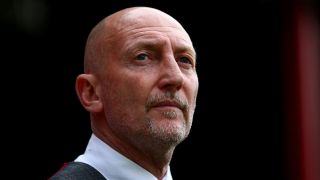 Queens Park Rangers have announced the departure of Ian Holloway after 18 months in charge.

Holloway, whose side finished 16th in the Championship, was previously QPR's manager from 2001 to 2006, while he also played 170 times for the club.

Director of football Les Ferdinand said in a statement released on Thursday: "We would like to place on record our sincere thanks to Ian for all his efforts.

"His enthusiasm and passion for the club can never be questioned and we are immensely grateful to him for helping us during his time here. He will always be welcomed back to Loftus Road with open arms."

Reports have indicated former England manager Steve McClaren may be in line for the newly created vacancy at Loftus Road.

The 57-year-old was previously employed as a coach by QPR, working under Harry Redknapp in 2013.