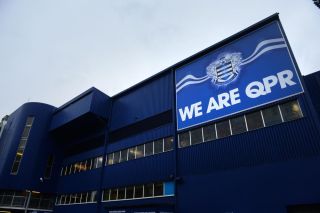 QPR have called for action to be taken “at every level of our game” after the club’s under-18 side walked off the pitch during a friendly in Spain following alleged racist abuse by opposition players.

Manager Paul Furlong was informed of the incident in the second half of the match against Nervion on August 8 by one of the Rangers players, who was following a protocol agreed on during an equality and diversity session with anti-discrimination campaigners Kick It Out.

QPR chief executive Lee Hoos said in a club statement: “We take a very strong stance against racism and will not tolerate one of our players being subjected to the despicable comments experienced.”

📝 #QPR have issued a statement following the racist abuse #QPRU18's were subjected to during their pre-season tour of Seville.— Queens Park Rangers FC (@QPR) August 14, 2019

QPR are in contact with the Football Association over the matter, and the club continue to be supported by Kick It Out, whose head of development Troy Townsend visited players and staff to help prepare for what might happen on the tour.

Hoos feels more can be done throughout the game to address the issues head on.

“I applaud Paul Furlong and his staff for reacting in such a manner and doing everything within their powers to protect the players. I am also very proud of our Under-18s who showed such maturity in the face of unacceptable provocation,” he said.

“Had this incident occurred in England I have no doubts the issue would be dealt with swiftly with a strong punishment by the FA.

Our statement on the decision by @QPR's youth team to walk off the pitch after alleged racist taunts.#KickItOutpic.twitter.com/JXrOSwdZN1— Kick It Out (@kickitout) August 14, 2019

“Unfortunately, it seems some countries have a long way to go in this respect and I urge UEFA to take the strongest possible action as incidents of this nature are happening far too often.

Kick It Out said: “We will always back players and teams who leave the pitch after suffering significant discriminatory abuse, especially if they have followed the correct protocols.”

UEFA maintains the fight to eliminate racism, discrimination and intolerance from football is a major priority for the governing body, with discriminatory behaviour not tolerated in any of its competitions.

The latest developments follow allegations of discrimination which overshadowed the start to the new domestic season, with incidents highlighted by Fulham defender Cyrus Christie as well as Southend striker Theo Robinson, James McClean of Stoke and Barnsley’s Bambo Diaby.

Meanwhile, a man arrested in connection with an allegedly racist tweet sent to Derby midfielder Duane Holmes has been bailed pending further inquiries.

QPR chief executive Hoos feels there is plenty more work to be done.

“We have made many great strides in tackling racism in football, but sadly there is still a long way to go,” he added.

Last night Jordi Osei-Tutu received unacceptable racial abuse playing for VfL Bochum. Racism has no place in our game and we do not tolerate any form of discrimination.— Arsenal Academy (@ArsenalAcademy) July 10, 2019

“Racism in football is a reflection of problems within society and what’s incredible is that we were warned of similar alleged incidents that had taken place in the region before we played there.

“Should we have refused the fixture? Is that going to solve the problem or avoid it?

“Action must be taken at every level of our game, not just when it happens in front of the watching world.