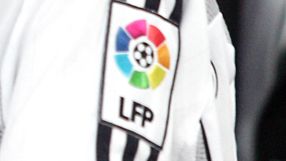 The LFP, which represents first and second division clubs, has been in talks with the government to scrap a rule that one La Liga game per matchday be shown on free television, in time for the start of the 2012/13 season.

"It isn't a strike, it's a lock out," Jaime Lissavetzky told reporters.

"In the end, I think through dialogue, common sense, and by working together it can be overcome. With maximum respect for the LFP and clubs I'm not going to say anything that may disrupt this process.

"I'm always optimistic. When the players threatened a strike there was an extraordinary effort by everyone (to avoid it)."

The clubs through the LFP have also had the backing of the Spanish football federation (RFEF) as they seek to strengthen their position in negotiations over audiovisual rights with television companies.

The league also wants guarantees about how much cash they are entitled to receive from betting and lottery revenue.

On the weekend under threat, April 2/3, leaders Barcelona are scheduled to visit Villarreal while second-placed Real Madrid host Sporting Gijon.