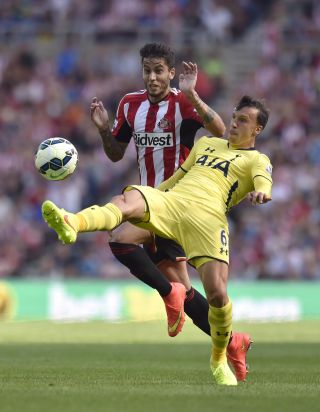 Sunderland have paid out more than £335,000 to Velez Sarsfield to settle their claim over Ricky Alvarez following a lengthy legal wrangle, the Argentinian club have announced.

The Black Cats have handed over 362,500 Euros – around £335,330 – under the FIFA solidarity mechanism, which compensates clubs who have helped to develop players, as part of their ill-fated move for the winger in 2014.

A statement on the club’s official website said: “After an arduous negotiation without results, Velez raised a claim before FIFA on 03/25/2019, obtaining the collection of its percentage under the solidarity mechanism of the amount that Sunderland were forced to pay Inter Milan for the value of the transfer.

“Thus, our institution obtained the sum of 362,500 Euros, a product of the efforts made by the legal team and the claim filed to FIFA.”

Alvarez arrived at the Stadium of Light on an initial loan deal from Inter Milan in August 2014, but made only 17 appearances as a knee injury limited his involvement.

Sunderland wanted the player to undergo surgery, but Inter stalled and the English club then attempted to pull out of a mandatory agreement to make the transfer permanent after they secured their Premier League status.

The ensuing legal battle, which involved FIFA and Court of Arbitration for Sport hearings, resulted in defeat for the Black Cats, who were then lumbered with a 10.5million Euros bill for a player who was no longer on their books.