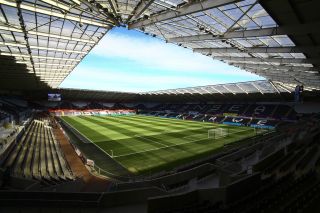 Swansea and Luton have been charged by the Football Association after they “failed to ensure their players conducted themselves in an orderly fashion” during the closing stages of last weekend’s clash at the Liberty Stadium.

A number of poor challenges from both teams prompted a melee involving almost every player on the pitch, with Swans winger Jordon Garrick sent off for raising his hand towards Luton’s James Collins.

Swansea boss Steve Cooper described the dismissal after the game as a “clear red card”.

An FA statement read: “Both Swansea City FC and Luton Town FC have been charged with a breach of FA Rule E20 following their fixture in the EFL Championship on Saturday [27/06/2020].

“It is alleged that they failed to ensure their players conducted themselves in an orderly fashion during the 83rd minute of the fixture.