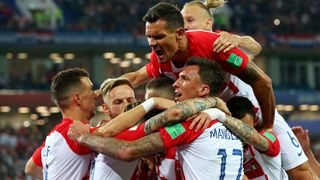 Former Croatia assistant coach Branko Ivankovic hopes the current generation can capitalise on a "tremendous chance" and finish in the top three at the World Cup.

Zlatko Dalic's team appear on track to at least match the success of the 1998 outfit, who stunningly claimed third in France.

Ivankovic, the assistant at that tournament, said Croatia – who face hosts Russia in the quarter-finals on Saturday – have another huge opportunity.

"I am extremely proud of the success of the Croatian team at the World Cup in Russia so far," he told Omnisport.

"We have finally shown our whole potential and what we can achieve. This World Cup has proven to be a huge chance for them to win the medal again.

"We have said in the past that the most important thing is to win in their group and to make it to the second phase of the competition and by now we have gone over those plans already.

"I believe we are a stronger team than Russia, no matter the outcome of this match, but this is a strong chance to win the medal.

"I am following this competition as a fan, not as a coach, so I am excited to watch further games and see what is still ahead."

If Croatia overcome Russia, they will face either England or Sweden in the semi-finals.

Asked if the nation would ever have a better chance to win the World Cup, Ivankovic – now in charge of Iranian giants Persepolis – said: "It is hard to say something like that.

"This is a tremendous chance for this generation to mark their place in football history and to put Croatia highly on that map again.

"Football is an unpredictable sport so everything is possible, but we can always wish for the best."