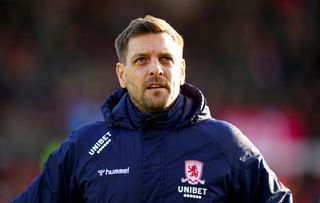 Boro slipped into the bottom three in the Sky Bet Championship over the weekend and will remain there if they fail to beat Nottingham Forest on Monday evening.

Gibson told Teesside Live: “Jonathan has my full support. Jonathan is not the problem. He is the figurehead of the club and has had to take a lot of criticism for problems which he inherited.

“I can assure fans we are working very hard as a club to deal with those problems. Jonathan has my support no matter what happens. My total support.

“He is dedicated to this football club and has a vision for a style and approach that we all endorse.

“He has had a difficult first season, but there is a real talent there. I am convinced of that. Where we are right now as a club is not the fault of Jonathan Woodgate.”