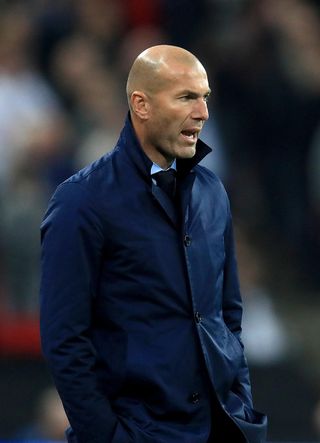 Head coach Zinedine Zidane refused to discuss Gareth Bale’s future after the Welshman was left out of the matchday squad as Real Madrid claimed a hard-fought 3-2 win over Villarreal on Sunday.

A brace from Mariano and Jesus Vallejo’s close-range strike ultimately gave the home side all three points, although Villarreal had been on level terms
through Gerard Moreno and created numerous chances before Jaume Costa scored in the fourth minute of injury time.

Despite Karim Benzema being ruled out through injury, Bale was deemed surplus to requirements by Zidane, fuelling speculation that Bale will leave the Bernabeu in the summer.

“I’m the coach, I have to pick the team and that’s all there is to it,” Zidane said of his decision to leave Bale out in quotes published on the club’s official website.

“You can interpret it as you wish. I need to pick a squad of players and some are going to miss out.”

Real bounced back from a stunning 1-0 defeat at lowly Rayo Vallecano last week and Zidane added: “We played much better than the other day and I feel much happier now, as do the players.

“We won the game at our ground and I’m pleased. It was a rather end-to-end game and when you’re 3-1 up you shouldn’t be letting them score, but we did. It’s a variety of things, tiredness, the heat,  but we didn’t finish the game brilliantly.”

The home side took the lead after just two minutes when former Arsenal midfielder Santi Cazorla dawdled in possession deep in Villarreal’s half, allowing Brahim Diaz to nip in and tee up Mariano, who got between two defenders to stab home.

Moreno equalised in the 11th minute but Vallejo restored Real’s lead before the interval and a brilliant cross from Dani Carvajal gave Mariano an easy close-range finish for his second goal of the game early in the second half.

Speaking about Mariano’s performance, Zidane added: “Of course he’s not had too many opportunities because he’s been injured, he’s been out for a long time. Mariano got his chance to play today and he’s scored twice, I’m happy for him.”