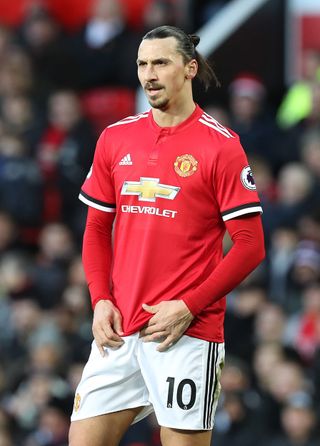 Zlatan Ibrahimovic’s Achilles tendon is “perfectly intact” according to his club AC Milan, amid reports he had suffered a potentially career-ending injury.

The 38-year-old Swede has instead sustained an injury to the soleus muscle in his calf, the Italian club said, which would be examined again in 10 days’ time.

A statement released on Tuesday morning read: “AC Milan can report that Zlatan Ibrahimovic reported an injury to the soleus muscle of his right calf in yesterday’s training session.

“The Achilles tendon is perfectly intact. An examination will be carried out in 10 days.”

The Swede joined Milan on a six-month deal last December, his second spell with the club having spent two seasons there between 2010 and 2012, the first of them while on loan from Barcelona.

Ibrahimovic played for Manchester United between 2016 and 2018 before joining the Los Angeles Galaxy.

Milan are preparing for Serie A to restart on June 13, with the league having been suspended since March 9.

Ibrahimovic has suffered serious injuries before, including a knee ligament problem while at United which sidelined him for more than six months in 2017.

But given his age, there were fears an Achilles injury at this stage could have spelt the end of his playing career.