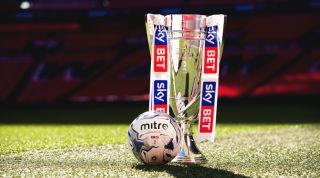 THEN TRY Quiz! Can you name every club to have played in the Football League since 2010?

Tonight, Brentford face Fulham for a spot in the Premier League.

It's a curious thing, the play-offs. After 46 matches, your season can come down to three games, and whether you finished sixth after a late surge or you slipped out of the top two on the final day of the season, you can still make it to the big time.

Form won't matter tonight, either. This is a London derby with pride at stake as well as the riches that the top tier brings. It really could go either way, as the cliche goes.

Who's your money on? For now, we're just looking back at everyone to have benefitted from this lottery, from the Championship down to League Two.

MANCHESTER CITY Why Nathan Ake actually is worth £40m