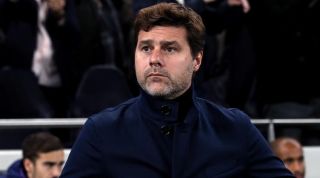 Martinez is excelling in Italy this season, having scored 19 goals in 32 appearances in all competitions so far this season.

The Argentine striker's impressive form in Antonio Conte's Inter Milan side has attracted interest from top clubs across Europe.

Barcelona have reportedly made Martinez their number one priority this summer as they look to sign a new number nine to succeed Luis Suarez.

In February they were granted permission to sign Martin Braithewaite as an emergency forward following a significant number of injuries to first-team players.

However, it's believed that Las Blaugranas see Martinez, who plays with Lionel Messi for the Argentina national team, as the ideal marquee signing for the long-term.

Chelsea are also understood to have registered an interest recently and could rival Barca for the 23-year-old's signature come summer.

Frank Lampard is thought to be keen to give Tammy Abraham competition and reinforce the Blues' attacking options as his rebuild continues.

"Lautaro Martinez is one of the best strikers in the world," the former Spurs coach told Radio La Plata.

"It’s not just for what he does now, but for what his potential means going forward.

"If you start looking at hitmen for the big clubs, clearly his name has to be in there."

Martinez is reported to have a €100m (£91m) release clause in his contract and it's likely that Inter will only accept the full amount for their star man.