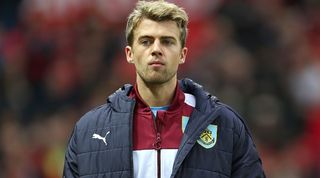 Ake racked up 24 Premier League appearances during an excellent loan spell at Watford last season and probably thought a similar temporary move to Bournemouth would provide much the same this time around.

Perhaps he should have realised it was always going to be a tough ask to play regularly, though: Charlie Daniels was among the best full-backs in the division last season and hasn’t missed a game for the Cherries yet this term. Ake hasn’t featured in the Premier League since August 27, playing only 13 top-flight minutes in total.

When you’re a club in need of a new third-choice goalkeeper, who you gonna call? Now 35, Taylor has managed a phenomenal 75 league appearances for nine clubs since 1999, the most recent batch coming in a three-game stint for Leeds at the end of 2014/15. We assume he wasn’t very happy about it.

The forward finally made his first Premier League debut off the bench in the Cherries’ last game against Sunderland, having played twice in the League Cup before their untimely extra-time exit to Preston. He’s only 20, though, and will doubtless get bit-part opportunities as the season wears on.

Despite being one of 15 United debutants under Louis van Gaal last season, Weir made the smart decision to leave Old Trafford in search of top-flight football elsewhere. So far, however it’s not quite gone to plan: the 21-year-old has yet to feature in the Premier League for Hull and instead been forced to endure a frustrated role as bench-warming onlooker.

Next page: Ranieri gets tough

Kapustka caught the eye as one of the more interesting youngsters at Euro 2016, but the 19-year-old hasn’t yet been let loose in any senior Leicester game under Claudio Ranieri. Instead he’s getting sporadic playing time for the under-23s, presumably while he adjusts to life in England and learns an unfamiliar language.

"Will he play soon? No,” Ranieri declared last month. “But now it's difficult for me to say 'go with the youth team' because I look at him in the training sessions and he's better, better, better.

“Every match in the Premier League is a very tough match in a very tough league and I want him more strong in the duels and the tackles. It's just about understanding the tempo, but we have a very good future.”

Ex-Italy international Okaka signed a chunky five-year contract at Watford in the summer but succumbed to a hamstring injury on a packed debut that also included a disallowed goal and booking for dissent.

He’s not played since as a result, ruining Walter Mazzarri’s plans to have solid competition for Troy Deeney and Odion Ighalo up front. “We hope it’s not too serious because he looked a real handful,” grumbled Deeney at the time. Okaka could return as soon as this weekend’s tussle against Leicester.

The warning signs were there, but Galloway didn’t heed them: if you’re a) young and b) a versatile defender, don’t join a Tony Pulis side. The Welshman is notorious for playing more experienced heads out of position at full-back (as Craig Dawson, James Chester, Chris Brunt and Craig Gardner have discovered), often at the expense of more obvious options.

Everton see the 6ft 1in Zimbabwe-born youngster as a future centre-half, but the Toffees handed him his first chance at left-back. So far he’s managed three Premier League starts for the Baggies – all on the left – and is currently behind Allan Nyom (a natural right-back, obviously) in the pecking order.

Arbeloa was let go by Real Madrid at the end of last season following seven successful years at the Bernabeu, but only brought to West Ham on deadline day.

If you believe reports he’s already keen on a move away from east London, having hitherto managed only two league starts (booked in both) before failing to even make the Hammers’ last four matchday squads. He’ll always hold dear that appearance against Accrington Stanley, though.

Fabio’s Middlesbrough career so far amounts to 10 minutes in an extra-time League Cup defeat by Fulham.

Now 26, the full-back was signed from Cardiff for around £2m in the summer, despite having not featured for the Bluebirds in league action since March 8. His versatility should help him receive more minutes going forward, though the Brazilian's essentially relying on injuries to get in the team.

Next page: Another bad move

Kenedy's another to have succumbed to injury after joining on loan from Chelsea, but he was hardly a regular before his knee knack, managing only a quarter of an hour of action against Burnley. It’s not yet clear when he’ll return to the fold.

One of these days, Bamford might actually join a club who'll let him play regularly. You can’t blame the striker too much – he wants to play in the Premier League after useful spells in the Championship with Derby and Middlesbrough – but neither the Clarets (31 league minutes so far), Norwich (235) nor Crystal Palace (118) have been willing to give him regular top-flight game time.

Bamford has technically been a Chelsea player since 2012 without ever featuring for them, and it looks like this may finally be the year he decides to leave Stamford Bridge permanently.

Chelsea’s 34-year-old summer signing of 36 Portugal caps described his move to Stamford Bridge as “a new challenge”, but he needn't have bothered with the bumf.

Having joined from Dinamo Zagreb, where he was first choice and captain, the former Braga and Genoa net-minder rocked up at Stamford Bridge as No.3 behind Thibaut Courtois and Asmir Begovic, seemingly content with the cushy role of making up the numbers.

Rachid Ghezzal: Meet Lyon's Tottenham-tracked star who could soon be available on a free

One of the more amusing transfers of the summer was Jurgen Klopp’s swoop for 39-year-old former Arsenal goalkeeper Manninger, who arrived at Anfield on the back of four seasons of irregular and increasingly diminishing appearances for Augsburg.

"They changed the rules so we cannot bring an U21 goalkeeper back from a team in England during the season if we have a problem,” Klopp explained. “So we had to make a decision – keep somebody back to protect us or bring in someone else who can give us experience, and I think this is the best solution to allow others to develop.”

Behind Loris Karius and Simon Mignolet in the pecking order, the Austrian – a Gooner from 1997 to 2002 – will simply be happy to see out his footballing days on Merseyside.