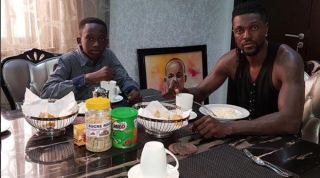 The 33-year-old has decided to take on his nephew following the passing of his older brother Peter, who died in 2013.

The Togo striker has welcomed him into the family as the older brother to his seven-year-old daughter, Kendra.

Adebayor wrote on Instagram: "Whoever knows me knows my elder brother, Peter Adebayor, who is no longer with us. Here is his son and today I declare him as my first son.

"Let me introduce you to my first son. His name is Junior Emmanuel Adebayor. Blessings..."

Adebayor has scored eight league goals for Basaksehir this season, having started 14 of his team's 17 league games so far.