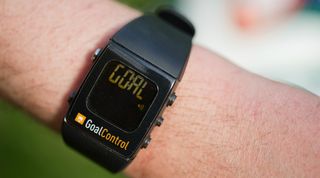 Ligue 1 and the French League Cup will be directly affected by the restrictions as the LFP give GoalControl some time to fix their technical issues.

On Wednesday night, GoalControl technology did not alert referee Nicolas Rainville during PSG's 2-0 win over Amiens when Adrien Rabiot's shot crossed the line. VAR was used to award PSG's second goal instead.

In Angers' clash with Montpellier on the same night, the referee's watch vibrated when there was no goal before he decided not to use the technology at all in the second half. For now, the technology is suspended while GoalControl work out what the problem is.

"These two irregularities are unacceptable, especially as they occur just after we put GoalControl on notice."