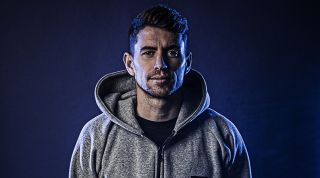 Jorginho’s first season at Chelsea was doused in controversy in what ended up being a successful debut campaign at Stamford Bridge.

Arriving from Napoli alongside incoming manager Maurizio Sarri at the beginning of the 2018/19 season, the midfielder started all but one of the Blues’ games last season as the west London club finished third in the Premier League and also won the Europa League.

However, fans criticised Sarri’s philosophy and often used Jorginho as a scapegoat for what they believed was a substandard style of football. Sarri’s use of Jorginho as the deepest lying midfielder meant fan favourite N’Golo Kante was used in a more advanced role, despite many believing he better suited a holding midfielder role.

However, with Sarri leaving Chelsea after only one season and Jorginho impressing under new Blues head coach Frank Lampard, the 28-year-old takes pride in proving the Chelsea fans wrong during his second season.

Speaking in the June edition of FourFourTwo, which you can order here, Jorginho said: “Last year, fans were picking on me a lot because I’d arrived with another manager and, in my opinion, I ended up hearing some things that were honestly unfair.

“But I’ve never challenged the views of the fans and other people who criticised me. Quite the opposite, actually – it gave me strength because inside I knew they were wrong.

“Deep in my mind, it was like this: ‘I’m going to prove they’re wrong and work quietly like I’ve always done, because it’s never been easy for me.’”

Before the suspension of the Premier League due to the coronavirus outbreak, Jorginho had made 37 appearances in all competitions for Lampard’s side this term, scoring seven goals and registering two assists.

The Italian is also in the top ten players for the numbers of passes completed this season, having recycled possession 1861 times since the start of the season.

However, the pressure the Italian felt from the Chelsea fans during his first season made him contemplate his future at Stamford Bridge after only one campaign.

He added: “I’ve gone through moments like this at every club I’ve played for – this low moment when doubt can come and make you wonder, ‘Should I just leave this place? Maybe there isn’t room for me here’.

“But I embrace this kind of challenge and I’ve never backed down. It gives me more strength to work even harder, to prove to everyone that I can make it.”

Jorginho believes that Lampard’s public backing of the midfielder has had an effect on Chelsea fans’ perceptions of him.

“He’s always spoken very highly of me since he returned to Stamford Bridge and we started working together,” said the Italy international.

“Honestly, I thank him for the sincerity he showed towards me in public. He didn’t have to do that, and not every manager does it. He’s a legend inside the club, so people listen to what he says.

“From that day, I felt everyone began to look at me with different eyes and really pay attention to what I do; how much I’ve devoted myself to achieving the best I can.”

Read the full interview with Jorginho in the June 2020 issue of FourFourTwo magazine, available in shops and online from Wednesday April 29. Our new magazine looks at the 100 greatest managers in the history of football, exploring the tacticians and tinkermen who have influenced the game more than anyone else, investigates the fall of Barcelona's famed La Masia academy, presents eight pages of quiz questions and football posers to keep you busy during lockdown and discovers the trophy you've never heard of, that Liverpool are proud owners of. We also chat to Bobby Zamora, Shaun Wright-Phillips, Kemar Roofe, Robbie Fowler and more.