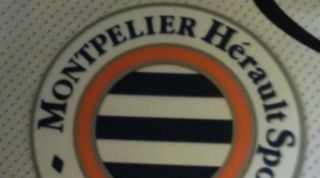 Montpellier is displayed as 'Montpelier' on the club's recently released 2017/18 top, with the mistake even visible on players' shirts during their four Ligue 1 ties this season.

The blatant error was picked up by Montpellier supporters on Twitter with plenty of fans tweeting in and asking for refunds.

Despite Montpellier placing the blame on their logo supplier and manufacturer, the club's colourful French president Louis Nicollin has pledged to reimburse all the supporters who have purchased the typo-stricken top, or alternatively they can swap for a correct replacement.