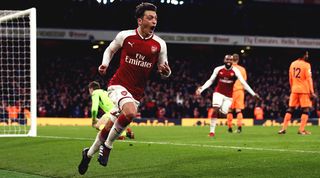 You have 10 minutes to guess 79 players.

THEN TRY Quiz! Can you name the players who broke these transfer records?

Arsenal and Liverpool are four hours apart. They're practically different worlds - Ian Rush vs Ian Wright, "Is yours gold?" vs "six times", north of the Mersey vs north of the Thames.

But over the years, there have been moments that have tested the peace between these two great establishments. Arsenal's 1971 FA Cup was won against Liverpool, to claim the double; 18 years later, they went and beat them with that Michael Thomas goal to win the league in 1989.

Liverpool, naturally, have got their own back on a number of occasions. Two late Michael Owen goals in the 2001 Cup final in Cardiff, come to mind; as does unceremoniously booting Arsene Wenger out of the Champions League in 2008.