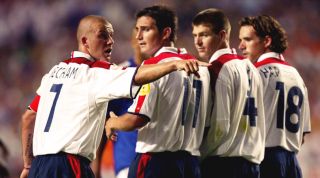 You have eight minutes to guess 30 players.

THEN TRY Quiz! Can you name every club that Paul Scholes scored against?

There's no pride quite like seeing one of your lads play for England. It's touching as a fan.

Over the years, we've all looked out for the list of England players called up for this set of internationals and scanned the list to see how many have made it from our club. It's a big deal.

To become the most capped England player from a certain club only adds prestige to a player's CV. You're already a hero for that club - now you're in the conversation of being an international legend too.

Today, we're looking for the most capped Lion at each of these 30 clubs - best of luck...