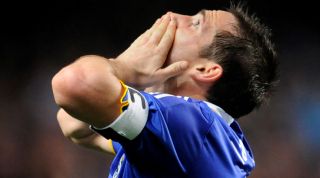 Chelsea are back in the Champions League - and we couldn’t be happier. Mainly because the major players in European football’s biggest competition always seem to be a bunch of rich superclubs straining hard to be the heroes of the piece, when we all suspect that they're probably not.

At least Chelsea know their role. It's simple: if you aren’t a fan of the west London club, you probably don’t like them very much - which is great, because every story needs a villain.

Some of their players have acted the part too, waving their fists and flip-flip flocks in victory or in f***ing disgraceful defeat. Wonderful. But how many of them can you recall?

In the post-1992 Champions League era, 55 players have got on the scoresheet for Chelsea in the full competition. You have 10 minutes to name as many as you can, then all the time in the world to let us know how you got on @FourFourTwo. Challenge some friends as well. Good luck!