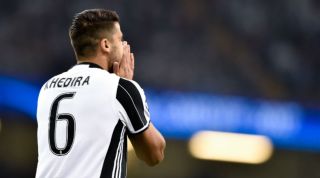 Khedira, like many footballers, is a big fan of playing FIFA 18. The game takes pride in its realism and tries to be as accurate with player resemblance as possible.

While most pro's contest the statistics they have been awarded, Khederia had a more glaring complaint. He took to Twitter to point out that EA Sports clearly hadn't watched him play recently, as his hair has been short for the past two years.

This isn't FIFA's first case of player misrepresentation. Back in 2016, then PSG right-back Gregory van der Wiel mocked the game for forgetting he had tattoos.

Guess you'll just have to wait for an update or FIFA 19, Sami - third time lucky!