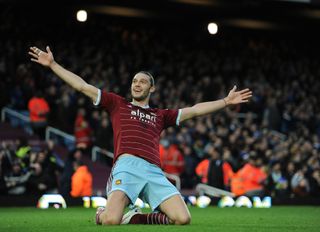 West Ham's remarkable season continues. The Hammers remain fourth in the Premier League after beating a hapless Leicester side who are without a win in 12 games.

Andy Carroll put the home side ahead at Upton Park, pouncing on a poor backpass from ex-Hammer Paul Konchesky before dinking the ball over the on-rushing Ben Hamer. Stewart Downing doubled the hosts' advantage with a curling 20-yard shot.

Leicester huffed and puffed in an attempt to find a way back into the game but Sam Allardyce's side saw the win out in relatively comfortable fashion and will feature in the top-flight's top four at Christmas for the first time since 1985. It was a poor performance from the Foxes, whose winless streak continues, and Pearson's side stay rooted to the foot of the table from which - if you're there on Christmas Day as Leicester will be - history suggests you usually don't escape.