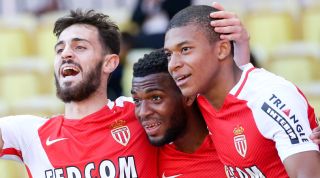 The erosion of US college basketball may seem a strange place to begin an article about a major problem in European football, but there are similarities. A common regret in the latter is the early migration of players from university teams into the professional NBA. The league’s rules require that a player commits to a single year of college before he is eligible to be drafted; the result is that players are transient and teams rarely maintain their identity over more than a one- or two-year period.

Fans of team sports will always love their colours and their shirt more than any single player, but flesh and blood is still important. Loyalty depends on tribalism, but enthusiasm relies on people.

An integral part of fandom is the journey together. The chanting and comradery is important, but key is the notion that the players at the centre of it are moving together in a particular direction. That there is a long-term point. Needless to say, if those players are more a revolving cast than an actual team, then something within that dynamic will be compromised.

This movement is under way in football and has been for some time. Alongside UEFA’s intent to re-calibrate Champions League qualification and the ever-widening disparity in television revenue, the steady flow of players and resources towards the very top clubs represents a serious threat to continental competition - or, at least, to its pull over the public.

This season, Leonardo Jardim’s brave and brilliant Monaco team have been a Champions League revelation. They pushed Tottenham aside in the group stages and knocked Borussia Dortmund and Manchester City on their way to a semi-final with Juventus, making stars of Kylian Mbappe, Thomas Lemar and Tiemoue Bakayoko and elevating the careers of Bernardo Silva and Fabinho to an entirely different level.

Monaco's spritely youths may have succumbed to the grizzled nous of the Old Lady, but their football has been thrilling.

Elsewhere, Ajax find themselves on a similar, albeit more gentle upswing. The Eredivisie title remains a possibility but, more notably, they will carry a 4-1 advantage into the return leg of their Europa League semi-final against Lyon.

A deserved lead, too. Those who caught the first-leg saw a performance of exhilarating class, with Hakim Ziyech, Amin Younes and Kasper Dolberg ripping through their French opposition with familiar Dutch precision and pace.

It was one of the best games of the season and, in all likelihood, as vivid and ambitious an attacking performance as Europe has witnessed all year. A likely final against Jose Mourinho’s Manchester United will be a fitting reward.

However, as the excitement has built around these two growing teams, vultures are circling overhead. Ajax’s Dolberg is apparently coveted by a multitude of wealthy sides in bigger leagues and as recently as last weekend, the Spanish sports dailies were reporting that Mbappe was keen on a move to Real Madrid. Manchester United are also believed to hold an active interest, as are Arsenal.

Given the figures quoted, it will be extremely difficult for Monaco to rationalise against a sale - or for either club to bat away the offers which are likely to arrive for up to half a dozen other players. Money talks in football, louder than ever before.

The regret is obvious. Rather than watching these sides, enjoying their growth, and wondering what they might become with another season or two of experience, we’re left knowing that they’re little more than shooting stars.

If and when Monaco win Ligue 1 this May, that will be it: that particular team will have reached the end of its journey. Similarly, although Ajax remain renowned for their production and ability to re-stock sides, that Europa League final will be their curtain call. What Dolberg et al might prove to be in five years’ time will, sadly, be someone else’s business.

Ajax actually bookend a 22-year period during which this problem has worsened. From their 1995 Champions League-winning team, only two key players failed to return the following year, with Clarence Seedorf moving to Sampdoria and Frank Rijkaard retiring.

In the summer of 2004, nine years later, Porto’s own unlikely triumph led to a far greater loss of talent. Paulo Ferreira and Ricardo Carvalho moved to Chelsea, Deco signed for Barcelona, and - of course - Jose Mourinho also left the club.

By modern standards, though, both escaped relatively unscathed. It’s hard, for instance, to imagine Ajax not being bullied into the sale of a young Patrick Kluivert, both De Boer twins, plus Edgar Davids within hours of leaving that Vienna pitch if they'd succeeded upon the same stage today.

Picked apart before their time

Comparatively, both were lucky: those teams reached their potential before they could be dismantled. Others weren't so fortunate: Jurgen Klopp’s exhilarating Borussia Dortmund team lost playmaker Mario Gotze in the summer of 2013 after their Champions League final defeat against Bayern Munich at Wembley, with Robert Lewandowski following him to the Allianz Arena 12 months later.

Equally, the Lyon side that reached the semi-finals in 2010 (having lost Karim Benzema to Real Madrid the summer before) would, by the end of 2013, have sold Jean Makoun, Miralem Pjanic, Hugo Lloris, Michel Bastos, Jeremy Toulalan and Aly Cissokho. Their decline may have been a slower bleed, but they remain an example of another team who were never quite able to achieve collective maturity and who, as a result, disappeared from sight before their time.

The impression, domestically and in Europe, is of a world in which collective potential can no longer exist for very long; a place where the slightest hint of achievement exposes developing teams to the financial disparities of the sport.

In one sense, yes, this is a pointless lament over one of football’s seemingly incurable imperfections, but on the other it’s a situation which demands a solution from somewhere. The alternative is creeping disinterest. The wealth gap already ensures that the same, small group of teams contest continental finals every year, but its growth is allowing the vague threat posed by developing sides to be stamped out far too quickly.

And it’s the same in most domestic leagues, too. Juventus began the year by signing Gonzalo Higuain from Napoli, a transfer predicated as much on weakening a rival as strengthening their own line-up.

Mauricio Pochettino’s Tottenham team, who have dared to finish in the Premier League’s top four for the second year in a row, are already being mentally picked through by a phalanx of sporting directors. Add Atalanta and Nice to that list, as well, because the predators will soon be prowling around their tents.

Troublingly, however, UEFA appear intent on accentuating this problem rather than curing it. They continue to appease larger clubs: in early 2017, changes to the Champions League format (which become active from 2018) will ensure group stage qualification for four teams from each of its top-four ranked nations.

Worse, this appears to be a hastening of their march towards awarding historic ‘wild card’ spots to elite clubs who fail to qualify. Barcelona president Josep Bartomeu voiced his support for the initiative in 2016, the then-Inter chief executive Michael Bolingbroke followed suit and, when asked in 2014, former Milan general manager Umberto Gandini was predictably enthusiastic over the prospect of “teams of prestige” being airlifted back to prominence.

12 famous footballers' sons who could be destined for big things

If anything, the appetite is for an even narrower European game. These legislative movements are designed, seemingly, to add another bouncer to the VIP door.

Maybe the analogy with NCAA basketball doesn’t survive deep scrutiny. The similarities in principle, however, serve as a warning: football may not be a literal contest between professionalism and amateurism, but its increasing two-tier nature certainly gives that impression.

There are 10 ‘haves’ and dozens and dozens of ‘have nots’. On one side of the line are a few teams afforded the luxury of continuity and personality, on the other a 12-month struggle for a club trying desperately to succeed while somehow managing to avoid detection.

UEFA take note: it’s becoming harder to avoid the conclusion that the entire European game exists to support the ambitions of Real Madrid, Bayern Munich and the rest of the lucky few. Take the players, take the managers, take the money; eventually, people will start to wonder what their own club is actually playing for.