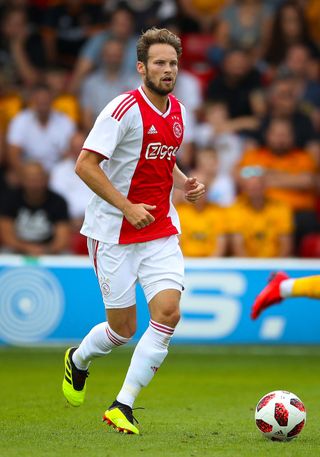 Dusan Tadic put Ajax ahead with a 32nd-minute header after lowly Zwolle had lost goalkeeper Mickey Van Der Hart to a finger injury.

Zwolle equalised after 79 minutes when Vito Van Crooij scored their first goal in over six and a half hours of football.

Van Crooij was sent off in the dying seconds after picking up a second yellow card and Ajax held on to move within two points of PSV.