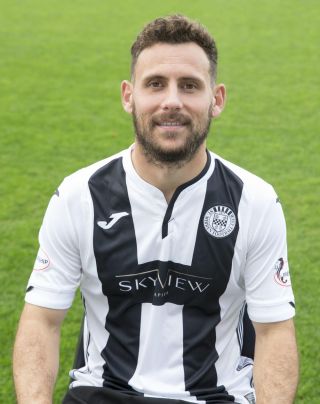 Tony Andreu claims the presence of gambling in Scottish football was the first thing he noticed when he arrived over seven years ago.

The issue of betting on football returned to the news agenda last week when Hamilton boss Brian Rice was charged with breaching Scottish FA gambling rules from 14 July 2015 to 15 October 2019, stating that he wrote to the governing body to “self-report”.

PFA Scotland visited St Mirren’s training ground on Friday to, among other things, remind their members that there is a blanket ban on gambling on football.

Andreu has been aware of the issue since he signed for Livingston from Swiss side Nyon in June 2012 – the Frenchman has since had spells at Hamilton (twice), Norwich, Rotherham, Dundee United and Coventry before signing for the Buddies last summer.

Ahead of the visit of Aberdeen on Sunday, he said: “The first thing that struck me when I came here that everything surrounding football is about gambling.

“It is getting bigger in France, there is no getting away from that, but the first thing that struck me when I arrived here seven years ago is that it is a big thing.

“It makes sense that every year you need reminded that it is not allowed and then you can get help if it gets out of hand and you get addicted. It is important.

“I don’t gamble. I can’t speak for everyone else but it is really clear, we are reminded of the rules.”

Andreu is aware that he plays in the Ladbrokes Premiership and takes part in the William Hill Scottish Cup and the Betfred League Cup.

He said: “It is a bit ironic. What PFA Scotland do is important, they are here to help you but on the other side football in general, not just the UK, the shadow always behind the game is gambling and that is ironic.

“It is not just footballers but it is a big thing in the world and something to be addressed.”

Looking forward to taking on the Dons, Andreu takes a philosophical approach to missing a late penalty when St Mirren lost 2-1 at Pittodrie in November, his spot-kick and rebound saved by keeper Joe Lewis.

He said: “What can I say? It is football and I missed a penalty.

“We played very well there and if we do the same here we will win for sure, but we need to put on the same amount of pressure.”