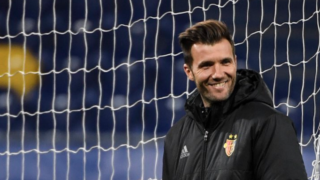 Basel head coach Raphael Wicky said his side must be realistic in their ambitions after a 2-0 away win over CSKA Moscow saw them consolidate second place in Champions League Group A.

Taulant Xhaka's stunner put Basel in control just before the half-hour mark and Dimitri Oberlin – after a glut of terrible misses – added gloss to the victory late on.

But despite a solid and composed display at VEB Arena, Wicky has urged his side to keep calm and focus on progressing from the group.

"I'm proud of my team. We started the game well, and through that gained confidence," he said.

"We have to keep our feet on the ground. It wasn't all bad, but it didn't go well either. Not everything is good yet. We need to stay focused."

Youngster Oberlin has wasted no time in making an impact in his three Champions League performances so far, and the 20-year-old squandered three gilt-edged chances before slotting home his third goal of the campaign.

But Oberlin insisted that he did not allow the misses to get the better of him.

"I'm very happy I was able to score again," the forward said.

"For the first three chances, I had too much time to think, that's why I failed to take them."

"For some reason, we looked fearful. I can't really understand why," he told reporters.

"We didn't put enough pressure on Basel and didn't use the wings well enough. And when you let your opponents counter-attack time after time, inevitably you'll concede. That's what happened."