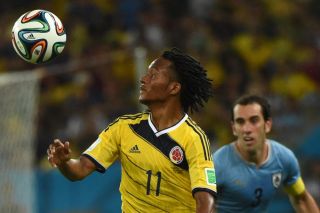 The Colombia international was impressive at the FIFA World Cup in Brazil and has been linked with several of Europe's biggest clubs, including Manchester United.

But Bayern have no interest in Cuadrado, 26, with Sammer ruling out a move for the 31-time international.

"The rumours of our interest in the Colombian are not true at all."

Since moving to Fiorentina in mid-2012, Cuadrado has been a regular and helped Vincenzo Montella's men finish fourth in the Serie A last season.