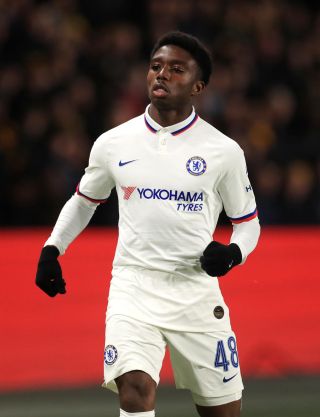 Brighton have completed the permanent signing of teenage defender Tariq Lamptey for an undisclosed fee from Chelsea.

The 19-year-old, who made his Premier League debut against Arsenal earlier this season, has agreed a three-and-a-half-year deal.

Seagulls boss Graham Potter said: “We are really pleased to have secured the signing of a really exciting young talent in Tariq.

“With his pace and technical ability, Tariq provides us with another option on the right side of the pitch both at right-back, where we already have good competition, and also further up the pitch.”

Earlier, Seagulls forward Jurgen Locadia was recalled from his loan spell with Bundesliga side Hoffenheim.

The Dutchman has been linked with a move to the United States and MLS side FC Cincinnati.

Locadia scored four times in 12 appearances in all competitions for the German side.

The 26-year-old joined Brighton from PSV Eindhoven for £14million in January 2018 but struggled to hold down a place.

He scored six goals in 43 appearances before being loaned out to Hoffenheim at the start of the season.