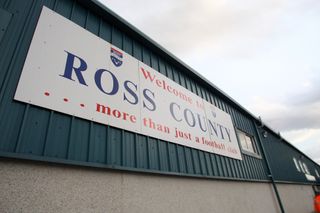 Michael O’Connor has already lost an opportunity to join Burnley but the new Ross County recruit is determined to make sure another does not go to waste in Dingwall.

The 22-year-old Waterford striker has made his move across the Irish Sea three years on from seeing a dream switch to the Premier League collapse.

Clarets boss Sean Dyche thought he had unearthed a rough diamond in the then Shamrock Rovers ace – only to have second thoughts after discovering off-field issues involving a gambling problem.

The seeds of those issues were planted during his time as a youngster at Dundalk and O’Connor admits he was in danger of going off the rails after crossing the Irish border to join Linfield in 2018, placing bets of up to 100 euros at a time.

But with the help of his girlfriend Aisling, his family and Waterford boss Alan Reynolds – who signed the frontman permanently last summer after a successful loan spell – O’Connor is back on track.

In a bid to stay on the straight and narrow, he persuaded Reynolds to give him the captain’s armband and responded to the added responsibility by firing the Blues to the verge of a Europa League slot before winning his move to the Highlands.

O’Connor – who has been handed a two-year deal by Staggies boss Stuart Kettlewell – said: “Those problems are behind me. The past is in the past and this is a new chapter for me.

“It (gambling) did rule me out going to Burnley but I think everybody in life makes mistakes.

“I would be lying if I said I was ready back then to move across, because I wasn’t.

“But I rejoined Waterford, became the captain at 21. I put my head down for a couple of months and it’s taken me here to County, so I know what working hard can do for you.

“It’s brought me this opportunity and I’m going to take it with both hands.

“In the past I never had that bit of luck because off the field I was all over the place.

“But I was never worried I wouldn’t get another chance to make a big move. I’ve always believed in myself. When I’m knocked down I keep going.

“I believed that my ability would take me to another opportunity and thankfully it did.

“When I joined Waterford, I asked the manager to become captain because then I would have responsibilities. You can’t be doing things off the pitch that is going to affect the club and the team.

“I managed that quite well and as you can see it’s paid off. Waterford are now five games away from Europe which is massive for the club.

“I wish I could be a part of that but I’m now looking at bigger things for me.”

O’Connor may have given up the possibility of European action with Waterford but he thinks County could be on their travels next term.

The Irishman – who hopes to make his debut against Rangers this Sunday – said: I don’t see why not we can’t aim for Europe. Football is a funny old game.

“With no fans in the grounds now, it’s difficult sometimes for the top teams like Celtic and Rangers to overcome opponents.

“We could easily go to Ibrox and get a result this weekend. I’m looking forward to it and I don’t see why this club can’t push on.”