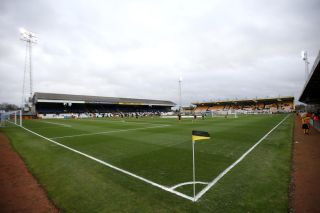 Cambridge have announced their intention to furlough the “vast majority” of staff, including coaches, due to the financial implications of the coronavirus crisis.

A decision in relation to the Sky Bet League Two club’s players is being deferred while ongoing discussions take place between the English Football League and the Professional Footballers’ Association.

Furloughed staff will be retained under the Government’s job retention scheme, which allows those affected to claim 80 per cent of their monthly wage up to £2,500.

Cambridge chief executive Ian Mather told the club website: “In the best interests of the football club we have now furloughed the vast majority of our staff, including coaches.

“We are effectively hibernating the football club until a point in which we have further clarity around when the current season will conclude and next season will begin.

“This has of course not been an easy decision to make, but I would like to thank all of our staff who have acted diligently and professionally to perform their roles during a period of such uncertainty.”

The U’s were 16th in the fourth tier with nine league fixtures remaining when elite football in Britain was suspended on March 13 due to the Covid-19 pandemic.