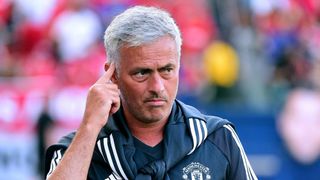 The United boss believes the Brazilian's world-record move from Barcelona drove up prices across the board, meaning it paid dividends to get business done early.

By the time that £198million deal had been completed, Mourinho had already signed the likes of Romelu Lukaku (£75m) and Nemanja Matic (£40m) – players he claims would have cost a lot more later in the window.

"I think we were very clever," the Portuguese told The Times.

"Normally the last part of the market is less expensive, but this season, after Neymar, everything changed – and changed for the worse in terms of prices.

"I think Lukaku on August 31 would have been £150million.

"Matic would have been £60million or £70million. Neymar changed everything.

"If the biggest transfer in history had still been [Paul] Pogba, I think Philippe Coutinho would now be in Barcelona at £101million

"But because we did it in the first part of the summer, it was much less.

"I think we did well in financial terms and well in preparation terms, getting them before the season started."