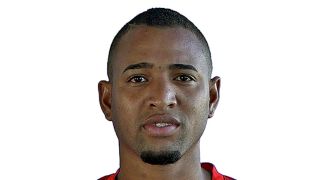 Colombian footballer Alejandro Penaranda has died in a 'violent act', his club Deportivo Tulua have confirmed.

The forward, who was 24, previously played for America de Cali and Atletico Nacional.

"Club Deportivo Tulu and America de Cali express their sincere condolences for the tragic death of the player Alejandro Penaranda, in a violent act that took place at Friday night in a house in Cali east.

"Undoubtedly, the death of this 24-year-old, who was part of our institutions, is a terrible loss for professional football because there are many games left to play and many goals that would surely have come through the dedication and professionalism that he always showed.

"We send a message of support to his family and friends and pray to God to give them strength to overcome the absence of this great person who always fight to achieve his dreams and who left an indelible mark on their hearts.

"We raise a prayer to God for the quick recovery of Heissen Izquierdo, who was also affected in this terrible event."