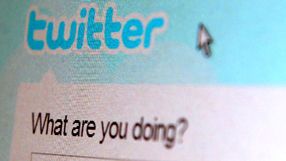 "There is so much communication during the championships that we want to limit it to meetings with the media," the Danish Football Association's communications chief Lars Berendt told the TV2 television programme Sporten.

"There was a time when we lived without Twitter and we'll be able to do it during the Euros," tweeted Sorensen who has more than 20,000 followers on the social media tool.

Denmark have been drawn in Group B along with Netherlands, Portugal and Germany.