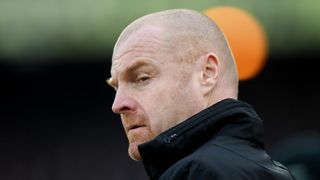 Burnley boss Sean Dyche has signed a new contract, committing his future to the Premier League high-flyers to 2022.

Dyche is the third-longest serving manager in the Premier League, behind his Clarets predecessor Eddie Howe - now at Bournemouth - and Arsenal's Arsene Wenger.

The 46-year-old marked five years in charge of Burnley last October and, should he stay to the end of his new deal, he will have been at Turf Moor for a decade.

But Dyche believes he still has more to offer the club, after leading Burnley to two promotions from the Championship and keeping them in the Premier League last season.

"I am still learning and still improving, I believe, so for my personal reasons, as well, I think it’s the right place to be.

Dyche's side, who are next in action on January 31 at Newcastle United, are eighth in the Premier League despite a seven-game winless run.