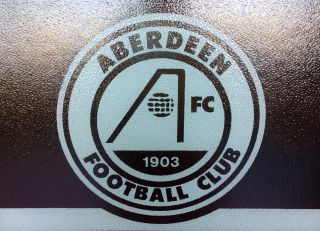 Aberdeen are set to be without eight self-isolating players for their next three matches after two tested positive for Covid-19.

Scottish football’s Joint Response Group confirmed one player had tested positive from an NHS test following the initial private screening with the other awaiting his follow-up test. Both are asymptomatic.

However, following investigations by NHS Grampian’s Health Protection Team, the Scottish Government has instructed six more players to self-isolate after they were deemed to have been in close contact with the first to test positive.

Despite considerations in government about postponing Aberdeen’s Scottish Premiership match against St Johnstone at McDiarmid Park on Saturday, the game will go ahead.

Derek McInnes saw his training session cancelled on Thursday and the Dons boss will have a severely depleted squad for the Perth trip as well as subsequent games at home to Hamilton and at Celtic Park.

The first player to test positive will have to self-isolate for 10 days from Wednesday with the other seven requiring 14 days of self-isolation.

The Scottish Government accused Aberdeen players of putting the return of football at risk.

A spokesman said: “The Scottish Government is disappointed by the actions of these individuals who have put at risk the return of professional football in Scotland. This was a clear breach of the rules that were put in place by the SFA, the SPFL and the Scottish Government.

“As this outbreak highlights, it’s imperative that these strict protocols are diligently followed in order to ensure the continued safe resumption of the sport.

“The Scottish Government is clear that it is only by following the rules and keeping people safe that football is able to continue. No one wants to see the season put at risk.

“Officials will also be meeting with all club captains and managers in the next few days to emphasise the guidelines and their importance.”

Sports minister Joe FitzPatrick has called a meeting with the Scottish football authorities on Friday.

The positive tests come days after Aberdeen lost 1-0 to Rangers in the opening Scottish Premiership encounter of the season.

Aberdeen chairman Dave Cormack said: “After Saturday’s game, with all eyes on Pittodrie, we were once again commended on the stringent processes and measures we had in place. Given the efforts of everyone at the club and our investment in protecting our most valuable assets, this is a bitter blow.

“With two first-team players testing positive for Covid-19, plus six others having to isolate for 14 days, it is also a harsh reminder of the severity and speed of spread of this virus.

“The club will be carrying out a full investigation but, as an immediate first step, we have reinforced the club’s Covid-19 protocols and the governing bodies’ guidance with every player and member of staff and will continue to regularly educate and remind everyone of what is, and what is not, acceptable in the current climate.

“We now have to focus on preparing for Saturday’s game under extremely difficult circumstances.”

Aberdeen were also missing strikers Sam Cosgrove and Curtis Main for the season opener and Andrew Considine is suspended for the next two games.

“Given the well-documented outbreak in Aberdeen it was imperative that we took the swiftest action to enable the local Health Protection Team to respond immediately.

“The Scottish Government’s advice to the JRG was clear and unequivocal, as was our support of that advice.

“Given the circumstances, we issue the strongest possible message to all clubs to ensure compliance with the twice-weekly testing procedure and Scottish football’s Return to Playing Protocol.

“It is imperative that everyone adheres to Scottish Government public health advice.”

The Pittodrie cases came after First Minister Sturgeon took the decision to impose local lockdown measures in Aberdeen after 54 cases were reported in the city – with an additional 25 having since been discovered.

The new restrictions have ordered pubs, cafes and restaurants to close with five-mile travel limits put in place for recreation and leisure.

An Aberdeen player was the first in Scotland to test positive after the routine coronavirus testing started when Premiership teams returned to contact training in June. However, McInnes later suggested it had been a false positive.

Seven St Mirren members of staff tested positive last month but only one was found to have the virus when the coaches had follow-up tests done by the NHS.