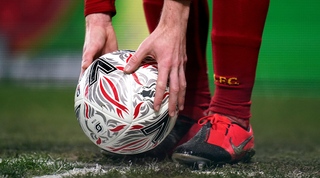 Four teams have booked their places in the quarter final of the FA Cup and will find out their fate in Wednesday night’s draw.

Three more sides, potentially including Spurs, Leicester and Man City, will join them tonight, with Derby and Manchester United set to face off on Thursday.

Here is everything you need to know about the draw.

When is the FA Cup draw?

It will take place following Sheffield Wednesday and Manchester City’s fifth round tie at Hillsborough.

The draw should start at around 9.50pm, although it could be delayed if the match goes to extra-time or penalties.

How can I watch it?

The match and the draw are being broadcasted live on BBC One.

Viewers can also watch live on BBC iPlayer, either via the app or online.

Coverage of the game starts at 7.30pm, with the draw provisionally set for around 9.50pm.

Which teams have already qualified?

Arsenal, Chelsea, Newcastle and Sheffield United have already booked their place in the last eight.

What numbers are the teams?

The draw numbers are as follows:

Who is hosting the draw?

The draw will be conducted live by Chris Waddle and Martin Keown, and hosted by Mark Chapman. Waddle’s former club Newcastle reached the quarter final for the first time since 2006 after their 3-2 win over West Brom in midweek.