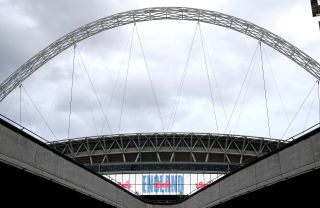 The Football Association has published new charging policies and sanctioning guidelines for discrimination by individual participants and spectators ahead of the 2020-21 season – which could see full stadium closures at clubs whose fans repeat offences.

The governing body undertook a detailed consultation process with focus groups and stakeholders including football’s equality and inclusion organisation Kick It Out, the Professional Footballers’ Association, the League Managers’ Association as well as various representatives from both clubs and leagues.

Under the new policies, and in a move which was agreed by football’s stakeholders, if an incident of discrimination by an individual took place in private or outside of a standard football setting, there is now no longer any barrier to the FA opening proceedings.

The guidelines recommend match-based sanctions of six to 12 games for the regulatory commissions, which the FA believe allows greater scope for cases to be sanctioned appropriately and consistently based on their individual circumstances and seriousness.

The FA has today published new charging policies and sanctioning guidelines for discrimination ahead of the 2020-21 season.— The FA (@FA) August 7, 2020

There will also be flexibility for the “rare circumstances where the range of six to 12 games could lead to unfair outcomes”, so a sanction below the minimum can be imposed where an offence is “in writing only or via any communication device” and another specific mitigating factor is present.

Any decision, though, must be in the best interests of anti-discrimination in football and “the absolute minimum match-based sanction in such cases will be three games”.

The FA does not hold jurisdiction over individual spectators, unless they are also participants in football.

Where there is clear evidence of discriminatory chanting by a group of supporters, the FA will act against the relevant club and recommend an ‘action plan’ is imposed for a first offence. These could include the implementation of “practical and measurable improvements” to match-day operations which in some situations can come at a significant financial cost to offending clubs.

The FA maintain any subsequent offences “will be treated with the utmost seriousness” and could result in either full or partial stadium closures while financial penalties will also be considered, in a range of up to £300,000 for Premier League clubs.

The FA’s director of legal and governance Polly Handford said: “We are committed to investigating, charging and sanctioning all forms of discrimination with consistency and transparency.

“No two cases are ever the same, but our new charging policies and sanctioning guidelines provide clear frameworks for the circumstances in which we will act and set out suggested penalties to accurately reflect the severity of each incident.

“By publishing these policies and guidelines in full, we hope that participants, supporters and the general public will have greater awareness and understanding of our approach and any decisions next season.”

As Chair of Kick It Out @SanjayKickItOut met with Home Secretary @PritiPatel to discuss ways to tackle #Online discrimination in #football, Sanjay had this to say on the subject. pic.twitter.com/VTAhnkU5Ni— Kick It Out (@kickitout) July 30, 2020

Kick It Out chair Sanjay Bhandari hopes the new guidelines will help tackle incidents around mass chanting by crowds, which have been prevalent in Europe matches.

“I welcome that the FA is extending its jurisdiction to incidents of discrimination outside of a standard football setting,” Bhandari said in a statement given to the PA news agency.

“This reflects modern challenges especially around social media. I also welcome the additional flexibility around punishments which may encourage more and better enforcement.

“One area for future development is around building the sanctions framework for incidents of mass chanting by crowds.

“Here, I think the onus should be on UEFA given that this is a greater problem in other countries across Europe. I would encourage them to follow the lead from EU competition law and consider fines that are referable to percentages of turnover or to gate receipts.

“Those fines should then be pledged to finance discrimination education in those countries. That would lead to more meaningful fines being used in more meaningful ways.”