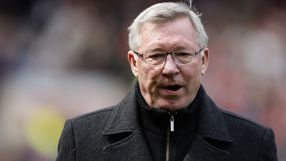 Football bosses had agreed that any player turning out for England in June would not be considered for the July and August Olympic Games but Rooney is suspended for the first two Euro matches.

"It's serious, this is the start of the season we are talking about. It's ridiculous," Ferguson told British newspapers on Sunday, annoyed that Rooney and nine other United players are on the 80-man shortlist drawn up by Games coach Stuart Pearce, who is also caretaker England manager.

The Olympic tournament will finish just weeks before the start of the Premier League season.

Three over-23 players are allowed in the final Olympic 18-man squad with United's Welsh winger Ryan Giggs and former midfielder David Beckham likely to be included.