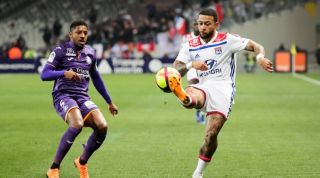 The Holland international was quoted as telling Dutch magazine Helden that he would like a move “to a club like Real Madrid, Barcelona, Chelsea, Manchester City, Paris Saint-Germain or Bayern Munich” in the summer (apparently an actual quote, and not shameless SEO awareness).

However, the former Manchester United forward, who has scored five Ligue 1 goals this season, headed for Twitter to suggest his words were taken out of context.

He wrote: “It’s really sad that other people, blogs and websites change my words just to put people against me! The real ones know. I would never say anything bad about Lyon, they are the club that gave me the opportunity when I needed it!

“The blogs and several websites just take a short quote out a big interview I did with Helden Magazine 2 MONTHS AGO! and make it look bad so and change my words, but once again if you been [sic] in this football industry for a while you will know.

“I really like Lyon and people see me in the streets all the time! I also mentioned that Lyon play better football then most of the clubs with big names! So before you try to call me names or attack me, make sure you get your facts straight instead of running with the rumours.”

Pow, right in the kisser.