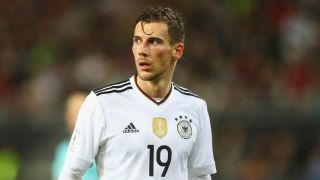 Leon Goretzka believes his impending switch to Bayern Munich will help him develop and fulfil his potential.

The Germany international bore the wrath of Schalke's fans by deciding to follow the well-trodden path to Bayern Munich, Goretzka agreeing a free transfer to the Bundesliga leaders at the end of the season.

His decision prompted an angry response from the Schalke supporters, but Goretzka has no regrets about choosing Bayern and expects to take his game to a new level when he moves to the Allianz Arena.

"I've come to the conclusion that this is right step now," he told Funke Sport.

"I felt like I had to get out of my comfort zone to develop.

"It was a long decision-making process, I spent a lot of time on it, and I was well prepared for the situation."

Goretzka has signed a four-year contract with Bayern that will run until the end of the 2021-22 season.