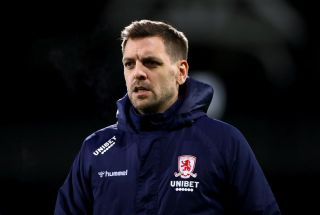 Middlesbrough boss Jonathan Woodgate insists he has not taken a gamble by signing Ravel Morrison on a season-long loan from Sheffield United.

Morrison was one of two players to join Boro on transfer deadline day – Harold Moukoudi being the other – but the midfielder has so far endured a chequered career.

Once touted as a future star by Sir Alex Ferguson, Morrison has struggled to realise his potential during spells at a host of clubs including the likes of West Ham, Birmingham, Atlas FC and Ostersunds.

He was not signed in time to feature in Middlesbrough’s 1-1 draw with Blackburn, but will hope to make his latest debut in next weekend’s Championship game at Brentford.

Woodgate said: “I just think he’s an absolutely outstanding player, and I think we can get the best out of him.

“People say he’s had issues, but who hasn’t had issues? I’ve had a few myself. It doesn’t concern me one little bit.

“Go and meet him. I’ll bring him in here, see what you think of him. He’s a top lad, a really nice kid. Sometimes the press portray you in the wrong way, and I think that’s happened with Ravel.

“Listen, we all mistakes, I’ve done that myself, but he’s a good kid, a good lad. He’ll fit right into the dressing room and I’m really pleased to have him.

“We were always going to try and bring in another one in that area, and Ravel was always top of my list.”

Woodgate watched his Middlesbrough side come from behind to claim a draw with Blackburn, with Hayden Coulson’s first senior goal cancelling out Lewis Travis’ opener for Rovers.

Blackburn boss Tony Mowbray managed Woodgate while he was a player with Middlesbrough, and like Rovers midfielder Stewart Downing, the former Boro boss received a warm welcome on his return to the Riverside.

He was pleased with his players’ efforts as they extended their unbeaten run to four games, but admitted they had to withstand a late Boro barrage to emerge with a point.

Mowbray said: “I thought there were spells in the game where we were really good. I thought Boro started really well, but we created some chances in a half-hour spell in the first half.

“I think they grew into the game, and I think their substitutions made a big difference.

“We scored a great goal, and I didn’t feel their threat at that stage. I thought it was a game we could win 1-0, and yet I thought Boro were good with the ball when they pushed us back with their substitutions.

“We probably allowed too many balls in the box late on. Our goalkeeper made a great save (from Rudy Gestede), but Middlesbrough are a good team and I think Jonathan deserves huge credit.

“He’s found a way that suits this group of players, with their athleticism in wide areas and experience through the middle.

“We’ll take the point. On the back of back-to-back wins, a point away from home in the Championship is okay for us.”