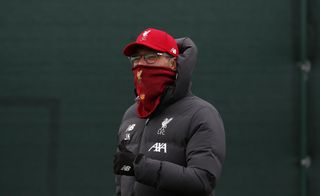 Liverpool’s march to the Premier League title has been delayed for the foreseeable future by football’s stoppage due to the coronavirus outbreak.

Here, the PA news agency takes a look at the Reds’ historically dominant season to this point.

82 – points, from a possible 87. That is four more than any other team in Premier League history at this stage, while any team with 71 or more after 29 games has gone on to win the league – including in the 42-game seasons early in the Premier League era.

25 – points ahead of second place, the most at any time in Premier League history.

1 – Jurgen Klopp’s side have suffered only one defeat in the league this season, Watford ending their “Invincibles” bid two games before the stoppage.

18 – record-equalling winning run, having had a sequence of 17 earlier in the season.

16 – goals for Mohamed Salah, three behind Jamie Vardy’s league-leading total as the Egyptian seeks at least a share of the Premier League Golden Boot for a third straight season. Sadio Mane is two behind his team-mate on 14.

12 – assists by Trent Alexander-Arnold, equalling his own Premier League record for a defender set last season.

1 – goal conceded in 11 games from December 7’s win over Bournemouth to the clash with Norwich on February 15.

12 – clean sheets, most in the Premier League. First-choice goalkeeper Alisson Becker has 10 of those to trail Burnley’s Nick Pope by one.

53,055 – average attendance at Anfield this season, sixth in the league and just over 1,000 below the ground’s capacity.

2 – trophies already won, the Club World Cup and UEFA Super Cup. They have only their seemingly inevitable league title still to play for upon the resumption.