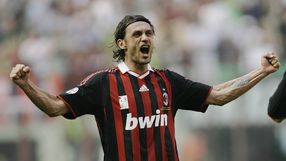 The retired Italy defender, appearing at a preliminary court hearing after being charged with illegally asking a tax agency employee to do a tax check on another man, believes Milan's first scudetto since 2004 could be on the cards.

"Milan can improve their level of play and win the scudetto, also because Inter are not the same side as the last few years," Maldini told reporters outside the court, adding he was "only a fan" of Milan amid reports he may take a coaching role there.

A relaxed Maldini, who denies the charges, could not talk about the trial but was happy to chat with reporters about football.

He also defended Milan playmaker Ronaldinho, who was criticised by coach Massimiliano Allegri last week for being videoed coming out of a bar at 2am.

"Brazilians and the Spanish are used to a different sort of lifestyle. Many times even I used to leave a restaurant at that hour," Maldini said. "It really is nothing bad."