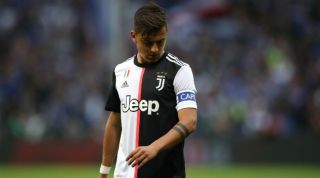 Inter's reignited interest in Lukaku could spell trouble for United's pursuit of Paulo Dybala as Juventus want the Belgium striker as part of the deal.

Antonio Conte is a huge admirer of Lukaku and has pressed Inter's hierarchy into preparing a new €70 million-plus-bonuses bid, according to Corriere Della Sera (via The Daily Express).

United are hoping that they can get a deal done quickly with Juventus and Dybala to avoid Inter forcing their hand.

Lukaku's preference is understood to be Inter because of his strong relationship with Conte, and it's thought that he would push hard for his ideal move should a new bid come in.

Juventus are reportedly making Dybala train alone in an attempt to squeeze him out of the club, as they are determined to sell the Argentine.

Ole Gunnar Solskjaer is believed to have contacted Dybala personally in an attempt to encourage the player towards Old Trafford.

Quiz! Can you name the 16 African players to win the Premier League?