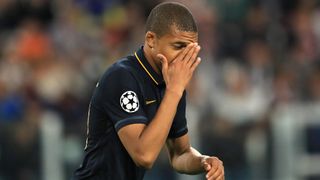 While the 18-year-old forward managed to get on the scoresheet in Turin on Tuesday, Monaco fell to a 4-1 aggregate defeat after a 2-1 second-leg loss.

Mbappe said the experience would prove useful to him personally, and to Leonardo Jardim's team as a whole.

"We came with our weapons, we wanted to make it difficult, but we only managed that in fits and starts," he told L'Equipe.

"That is not enough. We again leave with our heads high.

"My goal is useless, it's anecdotal. But there aren't many regrets from this European campaign.

"By playing against the best we learned, I learned, and we will try to come back next year even better prepared."

First-half goals from Mario Mandzukic and Dani Alves put the tie to bed for Juve, who claimed a 2-0 away win last week.

Massimiliano Allegri's men will face Real or Atletico Madrid – the former leading that tie 3-0 – in the final in Cardiff on June 3.