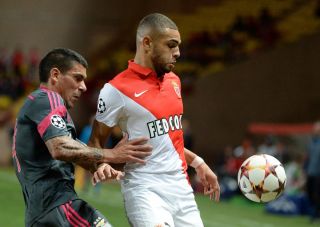 Tremoulinas, 28, was substituted in the 82nd minute of Sevilla's 1-1 draw against Levante on Sunday due to a toe injury.

It saw him withdrawn from the national squad, who face Albania and Sweden in upcoming friendlies.

Coach Didier Deschamps decided to call up Kurzawa, the left-back who has been linked with Premier League sides Chelsea and Manchester United.

Kurzawa has been capped at youth level by France.

Deschamps' side host Albania in Rennes on Friday before taking on Sweden in Marseille four days later.