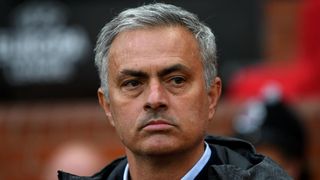 Jose Mourinho said the desire fuelled by his description of Manchester United's Europa League semi-final with Celta Vigo as the most important game in the history of the club was pivotal to their progression to the final.

United led 1-0 from the first leg in Galicia courtesy of a Marcus Rashford free-kick, and it was the England international who supplied the cross for Marouane Fellaini to head them ahead in the return fixture and ease nerves around Old Trafford on Thursday.

Mourinho's men were unable to put the game and tie to bed, though, and Facundo Roncaglia's strike left Celta a goal away from progression before he and United defender Eric Bailly saw red following a shoving match.

The hosts held on, though, John Guidetti unable to convert Celta's last chance with the goal at his mercy.

Afterwards Mourinho conceded the game was far from the biggest in United's history, but says the final in Stockholm with Ajax on May 24 provides them with the chance to end an at times trying season in the ideal manner by sealing Champions League qualification.

"I said that [it was their biggest game ever] but obviously Manchester United had other semi-finals, Champions League finals. Obviously this was not the most important match in the history of the club or myself. It was just a way to approach things.

"For Celta, for Vigo, it was. It was very important for us that we equal that desire.

"In the end, when the game was difficult, when they were better than us, when we were in trouble and not playing well, I think that mentality, desire, togetherness made the boys fight until the end."